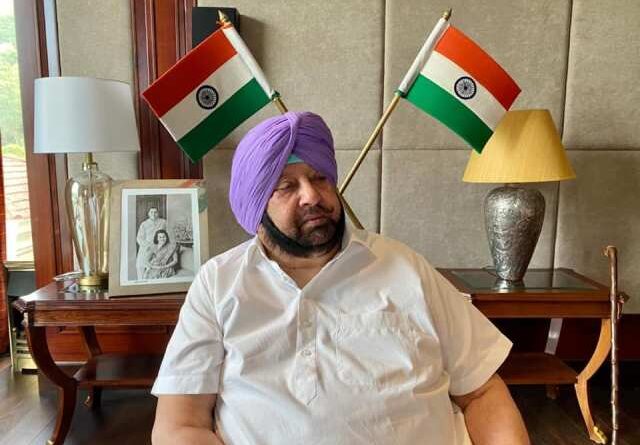 Chandigarh, July 30- Punjab Chief Minister Captain Amarinder Singh on Thursday sought the views of the DCs on opening of gyms and coaching centres, and said he will take the final decision on this and other relaxations in Unlock 3.0 after receiving their inputs.

At a VC review meeting with the DCs and health officials on Covid containment and management arrangements, the Chief Minister said while the central government had announced certain relaxations, including permission for gyms and coaching centres, as per the Unlock 3.0 guidelines, he will decide on the same after an assessment of the ground situation. He asked the DCs to think through and submit their views to Chief Secretary Vini Mahajan, following which a final decision will be taken by the government after due deliberations.

Underlining the need for strict enforcement in view of the increasing number of cases in the state, the Chief Minister said while there was a lot of demand from youngsters for opening of both gyms and coaching centres, the modalities would have to be thought through and all options to be explored before the decision can be taken.

Taking serious note of reports of violation of social distancing and other Covid protocols by some shopkeepers, he directed the DCs to order shut-down of shops for three days in the case of the first offence and for a higher number of days on subsequent violations. He further asked the DCs to strictly enforce all safety protocols and norms, including wearing of masks and social distancing, to check the spread of the pandemic. Dr KK Talwar pointed out that scientific data shows that wearing of masks is as effective as lockdown, as it not only prevents spread of infection but also lowers mortality.

DGP Dinkar Gupta informed the meeting that from March 23 to July 29, a total of 14384 FIRs have been registered and 19850 persons arrested for various violations. As many as 550150 persons have been fined for violation of the Covid guidelines.

Expressing grave concern over the increasing mortality, the Chief Minister called for concerted efforts to bring down the fatality rate. Punjab has so far lost 361 lives to Covid, with 25 patients succumbing since last night, he pointed out, adding that this was not acceptable. With early detection the only cure, the message of early treatment has to go do down more effectively, he said, directing the DCs to take all steps necessary to create awareness among people to go for testing at the first sign of illness.

Even as he thanked the DCs for the remarkable work being done in the battle against Covid to keep the situation in Punjab better than many other states, the Chief Minister said the rising number of cases was a matter of concern. Given the spiralling cases, all DCs should work closely with the health department as well as the police to secure the willing cooperation and support of the people, especially religious and community leaders, he said. Overcrowding and political/religious gatherings resulting in violation of social distancing should be strictly checked, he said. Community ownership of the COVID mission will go a long way in preventing transmission, said Captain Amarinder

The DCs of some of the worst affected districts, namely Amritsar, Jalandhar, Patiala and Mohali, briefed the meeting on the situation in their respective regions and the measures being taken to monitor, track, test and treat people. Jalandhar SSP said given the social stigma attached to Covid, the district police has made it mandatory for all chemists to report those buying medicines for treatment of fever and flu.

The state currently has 64 micro-containment zones, of which 16 are in Jalandhar, which also has 20 clusters and one large outbreak. The maximum number of clusters, however, are in Amritsar, though it has only 2 micro containment zones. Ludhiana (City), Jalandhar (City), Sangrur, Barnala, Patiala, Fatehgarh Sahib and Ferozepur Districts have seen the maximum surge in cases of police personnel testing positive in the past one week.

The Chief Minister asked the DCs to ensure that government offices, including their own, lead by example in following social distancing norms. He suggested appointment of a dedicated Covid Prevention Monitor to ensure compliance at every private institution where a number of people are expected to come. He also asked the DCs to take steps for distribution of masks free of cost to the needy, and also make sanitisers and mask vending machines available at public places.

He urged the DCs, along with Nodal Officers and the newly appointed Covid Patient Tracking Officers, to engage regularly with all tertiary care facilities, both government and private, to optimise resource use to check any complaints in treatment.